The history of the Bishops House goes back to the Roman period. Mighty Bishop Duke Jindřich Břetislav had his new bishop’s seat built on the left bank of the Vltava River in the 12th century. Bishops and archbishops that succeeded him kept on adding to it and rebuilding it. One of the most significant alternations took place after a fire in 1249 that was set by rebels against the king Wenceslas I. In the revolutionary year 1419 the house was ransacked and set on fire. Bishop’s seat was moved to a different location and what remained of the house was used for building new houses. The current house, whose history is now reminded only by its name, is the result of a 6 year long alternation of the house from the 16th century that was finished in 1843.

Renovated in 2015, Bishop's House is a design hotel in the heart of the historical centre of Prague, only 60 metres from Charles Bridge and the Vltava river and a 10-minute walk from Prague Castle. It offers free WiFi in the entire hotel.

The main hotel building dates back to the 16th century and has an empire façade from 1843. Guests can also choose accommodation in a Gothic tower which was a former official seat of the bishop, first mentioned in the 13th century.

All rooms are air-conditioned. The top-floor tower rooms feature beautiful ceilings, reminiscent of the long history of the house.

A limited number of parking places is available directly in front of the Bishop’s House. A wide range of restaurants, bars, and shops is nearby. 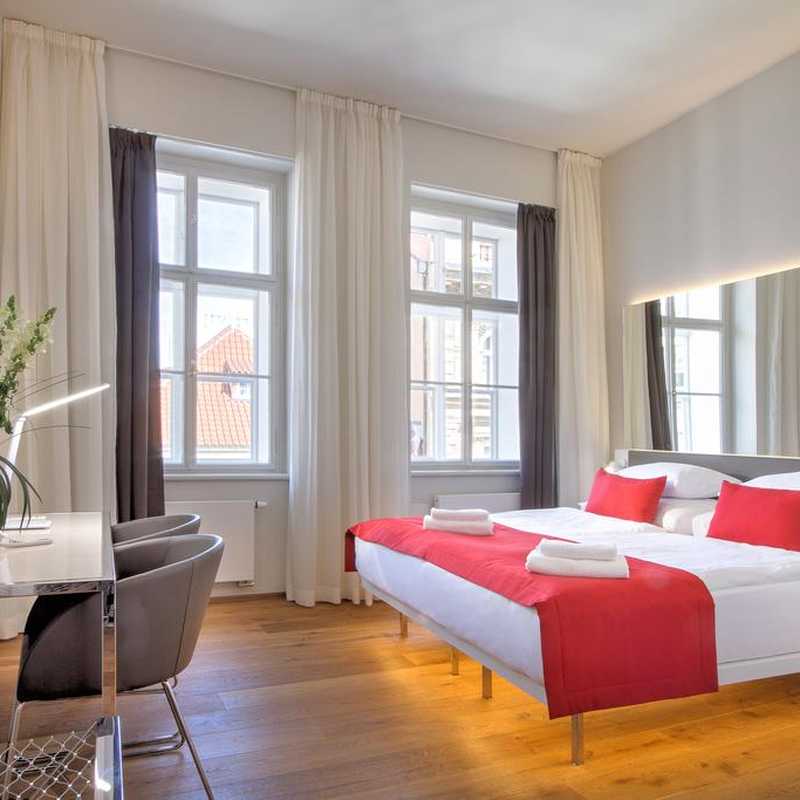